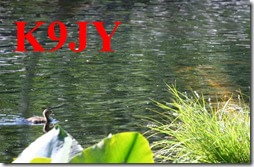 When I was an officer or board member of the Four Lakes Amateur Radio Club in Madison, WI, we had a solid group of hams involved in this general interest club. At the time, we had about 160 members of which about 75 would be at the meetings. Unlike most ham clubs, the group met every other week. The total four week schedule looked like this:

One of the good challenges in having a setup like this was the programs for the meetings. In a day and age where clubs meet only once a month, it is astonishing to me that program ideas are hard to find to fill 12 meetings.

Our club management would take the entire first board meeting (not general meeting, but the board meeting) and brainstorm ideas around programs for the year. By the second board meeting, we not only had the programs lined up, but the speakers for those programs as well.

Through the end of June, I’m going to post a “program idea a day” with a program idea and what the program could cover. It would be great if you put your comments on each of the program ideas, including if your club has done this program. If you’ve had a program like the one mentioned tell us what worked well, what could have improved, and what you learned from the program.

I am using this list as a tool for clubs to use to come up with or brainstorm program ideas for club meetings. I’ll provide an end posting with all the program ideas and the link to each of them.

I’ll post other stuff as well, but I think this is a great opportunity to show the diversity of our hobby, learn something through the posts and give some help to clubs.