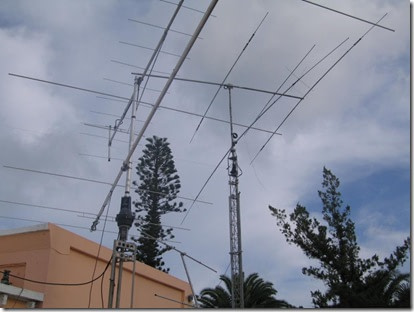 Looking back over the blog, I see my last post was from May, 2010. Eleven years ago. Doesn’t seem that long ago, but then, time flies.

I stopped operating longer than before that – I think I had gotten bored with the hobby. There were a few reasons:

I moved to Washington State from the Midwest

Propagation is very different from the West Coast – Europe is short intervals, the JA openings are just not as productive with not as many hams operating from there. I spent a LOT of time operating at K4JA’s contesting station in VA and East Coast propagation is just entirely different. Even contesting from the Midwest, while not rivaling the East Coast, just seems better. When I asked what you try to win from the West Coast, the answer I got was “beat out the California stations.”

Even from a great contesting station, who’s call I have forgotten, was just really tough. It’s one thing to work most of the 24-hours of a day when there is decent rate, but it’s just very difficult to stay motivated, if not awake, when there is a dearth of rate on any band (for DX).

And this is not dissing any West Coast contesters – they are every bit as efficient as any other contester. It’s just the geography and propagation was so different than what I had operated under for literally most of my life.

The hobby wasn’t as much fun any more

Outside of contesting, the day-in, day-out operating from the West Coast with a vertical antenna was pretty lousy. I’ve long not been a fan of SSB; CW was good, but not great. RTTY was a smaller community of hams that held my interests a long time. And FSK was just starting at the time. But back in 2010, digital modes were not great in terms of participation outside of contests and FSK not so much. Too new.

And with 309 countries confirmed on Mixed DXCC, the only new ones to chase were big DXpeditions…with 100-watts and a vertical antennal.

After the Great Recession, I moved back to the Midwest

So I stopped operating. Stopped doing anything related to ham radio.

And then the pandemic happened

The thing about the pandemic – you spend a LOT of time at home. I am still working remotely and so is my wife. We are both vaccinated, but have risk profiles, so we still don’t do much. We eat outside when we go out, if we go out. We don’t go to movies, we watch them at home. We don’t entertain much because people don’t want to be inside.

So you should have a hobby, right?

None of the ’53-hobbies you can do at home during a pandemic’ type articles appealed to me at all.

And yet. Whenever I talked about ham radio with my wife, she would note that my eyes would light up, I’d be all engaged. Looked happy.

And, it’s true; I’ve had some fabulous experiences with ham radio. I just couldn’t see myself back in the hobby.

After all, I have constraints:

Then the email happened

Back in the day, four of us went on a DXpedition as VP9/K9JY for an awesome RTTY contest (where my amplifier shorted out…). We stayed at VP9GE’s site and had a great time. I got an email from, Bob, W7YAQ, copied to myself and Al, K7AR, where Bob had worked VP9GE as his first Bermuda FT8 contact.

I didn’t pay too much attention to it; I thought it was great that W7YAQ could work him from that country; he goes on lots of solo DXpeditions. But I was curious what country FT8 was. I used to know all those country prefixes and the geography that goes with them, but I couldn’t remember that one.

So I did the Google machine and lo and behold, FT8 isn’t a Country, it is an Operating Mode designed for working weak signals.

I’ve always liked digital signals. And while FT8 isn’t necessarily a ‘low power’ mode, I’d only be able to operate low power (100 Watts) with poor antennas so I’d at least have a chance to work people because the mode is designed to decode very weak, below the noise, signals. Not win contests or anything, but be able to actively participate in the hobby again.

And down the rabbit hole I went.

Software, radio, antenna, connections, power supply. And while we’re an entirely Apple family here, I used WriteLog for contesting back in the day – originally to learn and document WriteLog for the K4JA contesting station – and this site is mostly about that. So I’m breaking down and getting a Windows 10 PC and will use it to operate. And, to be fair, since I already ordered up my copy of the latest WriteLog software, I can see a project of going through all of the pages here on this site and updating them as needed. I could never do it for the last ten years because I didn’t have a Windows PC!

So, I’m back. I’m not on the air yet as everything is shipping and not here yet. And I’ll have a big learning curve – and some commentary about how difficult it is to just get back into a hobby I know.

It’s going to be fun all over again.